Recently, we visited Mammoth Cave in Kentucky, the longest cave system in the world. It’s also a World Heritage site and a Bio Reserve. It’s a special place and well worth a visit. 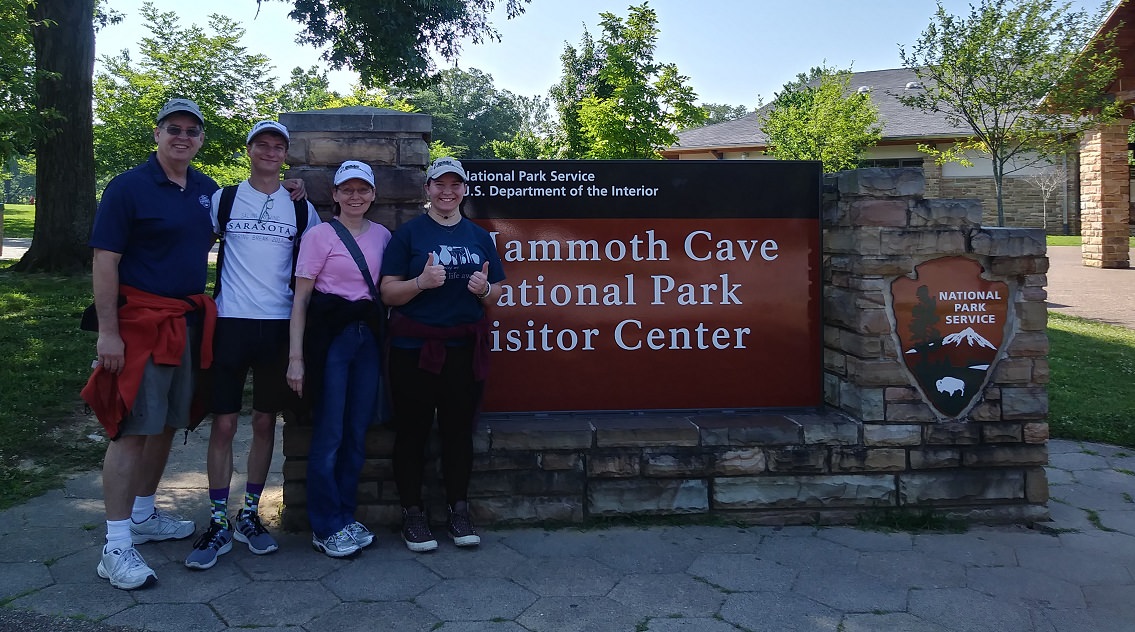 Unusual for a National Park, there is no entrance fee. This was part of an agreement to when the government purchased the lands encompassing the cave system. There are charges for the cave tours.

There are 17 different cave tours offered by the park service ranging from easy to very difficult although even the easy ones require a fair bit of walking. We did two of the tours; The Historic Tour and Domes and Dripstones. These are perhaps the two most popular tours. Both are tours last about 2 hours.

There are a number of ranger talks conducted throughout the day and evenings. These talks are free and informative.

Mammoth Cave is mostly a dry cave. They are gray and dull, not colorful like Blanchard Caves or Carlsbad Caverns. However, there is some wonderful history and artifacts as related by the park rangers. Some really neat graffiti from the 1800’s using candle stippling is shown below. If you’re a history nut like me, you’ll find much to enjoy. 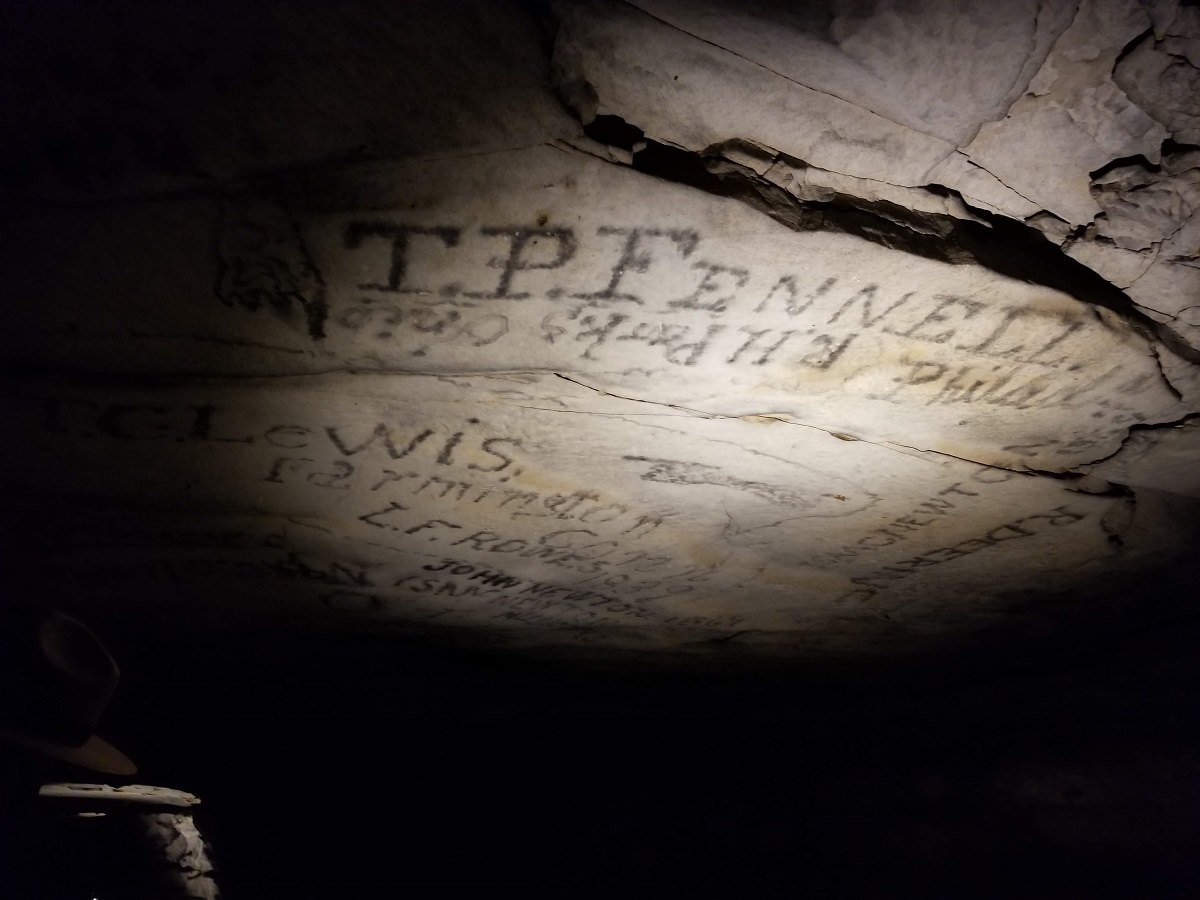 Outside of the caves, there’s not much to do in the area. This can be a plus or a minus depending on your point of view. As national parks go, Mammoth Cave is not crowded. You can move around the park with relative ease without feeling like the entire world is visiting the same spot at the same time. The one BBQ restaurant we went to was downright awful (The BBQ Pit) although two others in the area looked promising.

Camping is plentiful and relatively cheap compared to other National Park areas we’ve visited. We stayed at Singing Hills RV Park and Campground. It’s quiet, family friendly and inexpensive. We stayed 4 nights and with our Passport America discount it was about $20 a night with full hookups (including 50 amp). The proprietor is friendly and has a nice welcome packet including information about local medical facilities and emergency phone numbers for fire and police. A nice touch.

Wifi was actually quite good as campgrounds go. I could stream YouTube videos at low quality most times of the day including evenings. There is also a propane refill service on site. 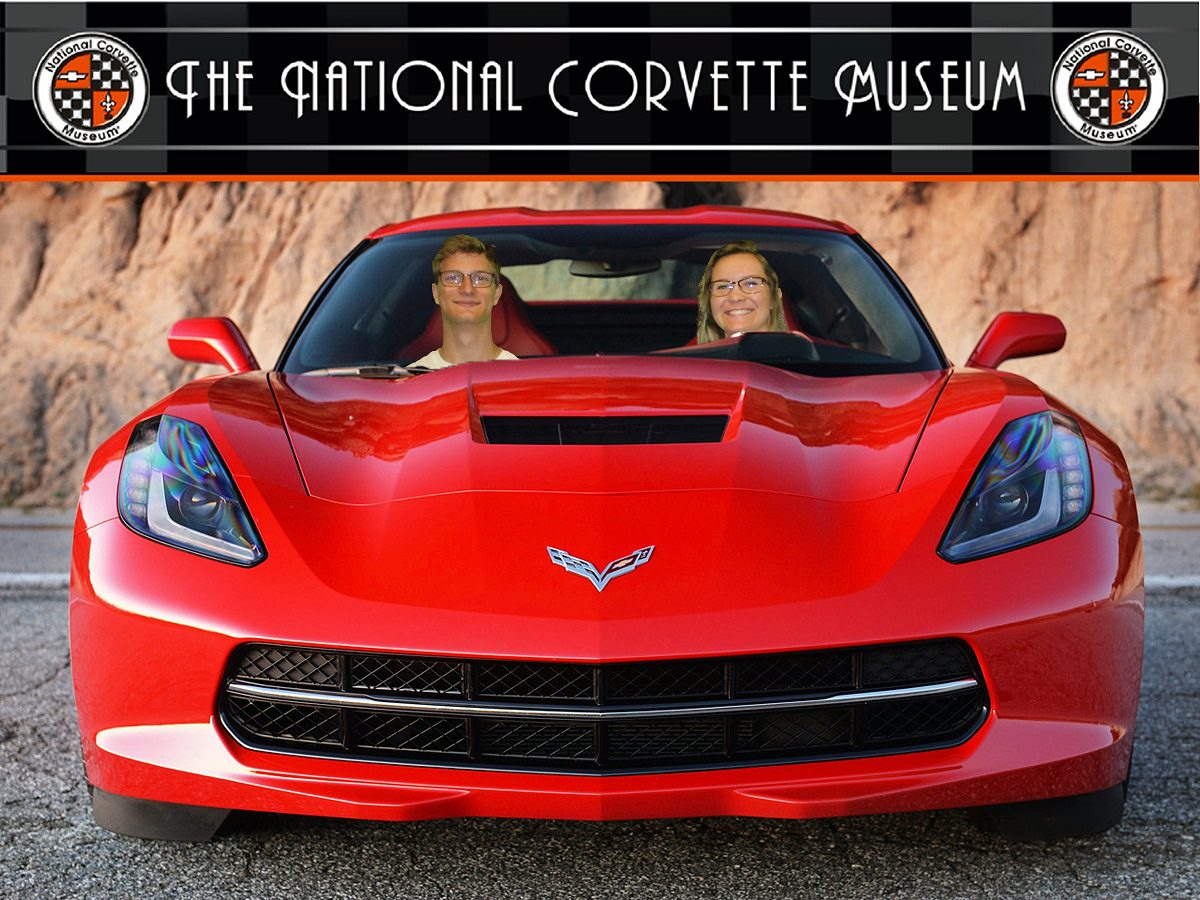 About 25 miles south of Mammoth Cave is the city of Bowling Green and home to the both the National Corvette Museum and the Corvette Factory. The factory was closed at the time of this writing for upgrades and retooling.

Admission is around $10 per adult and worth it. The museum is first-rate with lots of interactive displays, movies and of course cars. You might recall a few years ago the museum suffered a sinkhole catastrophe. In a case of making lemonade from lemons, the museum restored the collapsed section and features it as an exhibit. There’s a 50’s themed restaurant that we walked through but didn’t dine at. The reviews suggest the food is good.

And of course, you can get your picture superimposed on a corvette like my kids did above.

Mammoth Cave is about 60 miles south of Lexington, smack-dab in the middle of Bourbon country. Distilleries include the big boys like Maker’s Mark, Wild Turkey and Jim Beam along with dozens of boutique distillers (and breweries). You’ll see signs for the Kentucky Bourbon Trail, a collection of 13 signature distilleries at the helm of Kentucky’s world-famous Bourbon culture, to the 14 craft distilleries using innovative approaches to reimagine a timeless tradition. 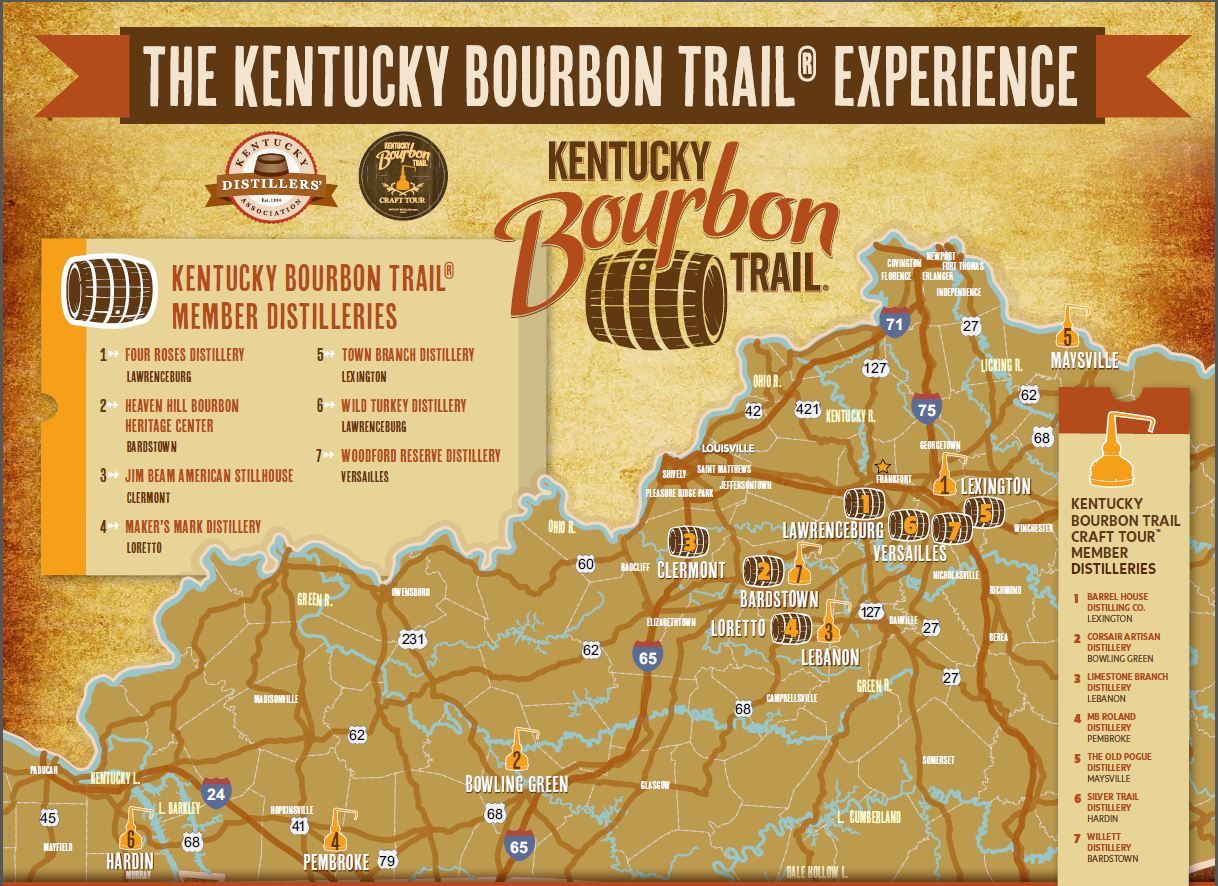 We only had time to visit one distillery, the Corsair Distillery in Bowling Green. The tour is $8 if you want to sample (highly recommend). They have unusual offerings including whiskey infused with hops.

Bowling Green has a touristy dairy farm called Chaney’s. The ice cream is good but I would not go out of my way. Still, it’s a pleasant enough stop if you’re nearby.

While in the campground, I kept getting questions about how I keep the RV so clean and shiny. I do not regularly wash and wax the coach but I do have a system to keep is clean and shiny requiring no water and little time. I’ll save that for a future article.

All GPS’s suck for RV travel, even the ones designed for RV travel. I know, I’ve tried most of them. The gold standard (IMO) is Google Maps and well, it sucks too. Mostly these apps suck because they try to optimize the route too much. In an RV, a 10-minute delay is no big deal and I really don’t want to leave my predetermined path. Why? Because my RV is long and tall. I routinely plan routes to go around cities and avoid low clearance obstacles.

I’ve found the app on my phone does not allow the addition of waypoints easily. And if you save a route to your phone it will only remember beginning and endpoints and forget all the drag and reroute actions I add.

The trick I found is set way-points in the desktop version that route you as desired. Sending the route to your phone with way-points works correctly and keeps you on the desired path. 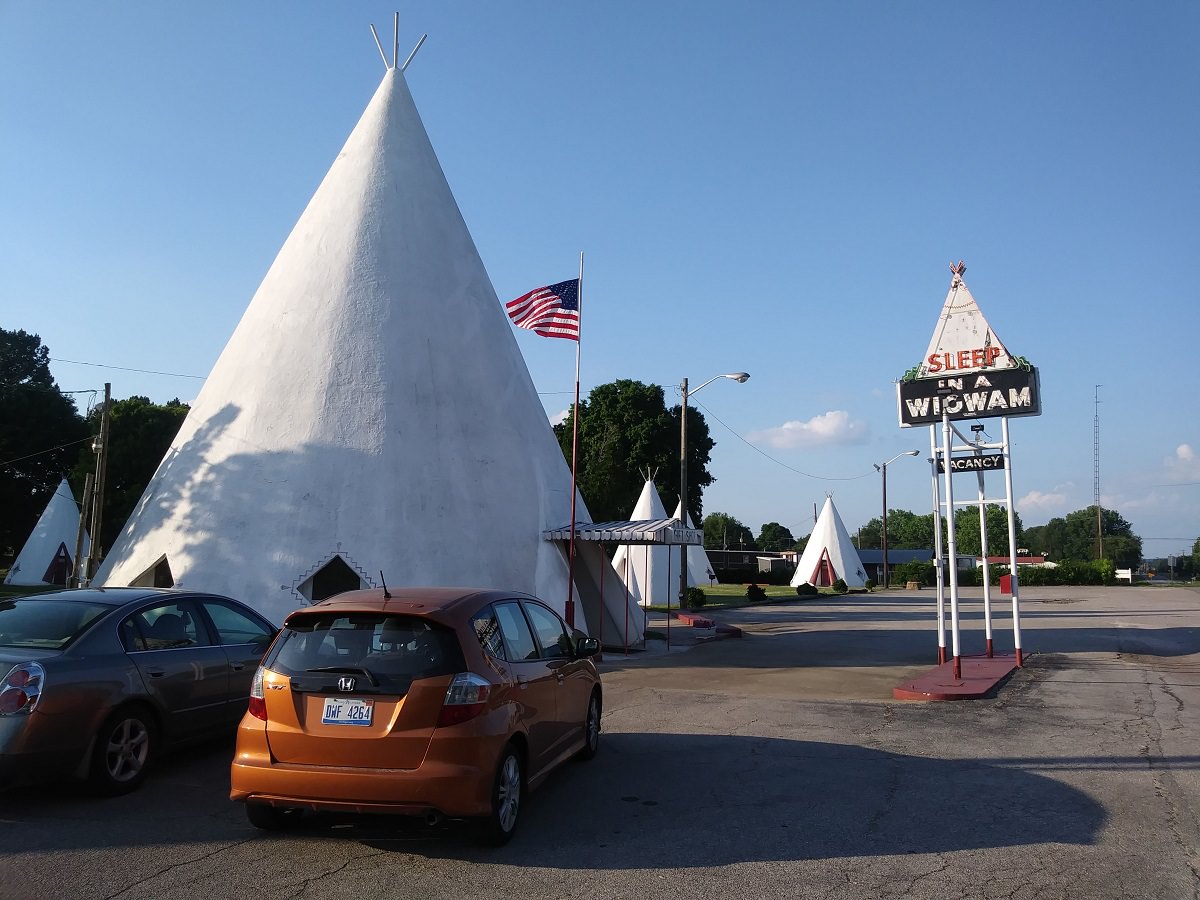 Yep, near Cave City is one of the famous Wigwam Motels. There’s a souvenir shop inside if that’s your thing.